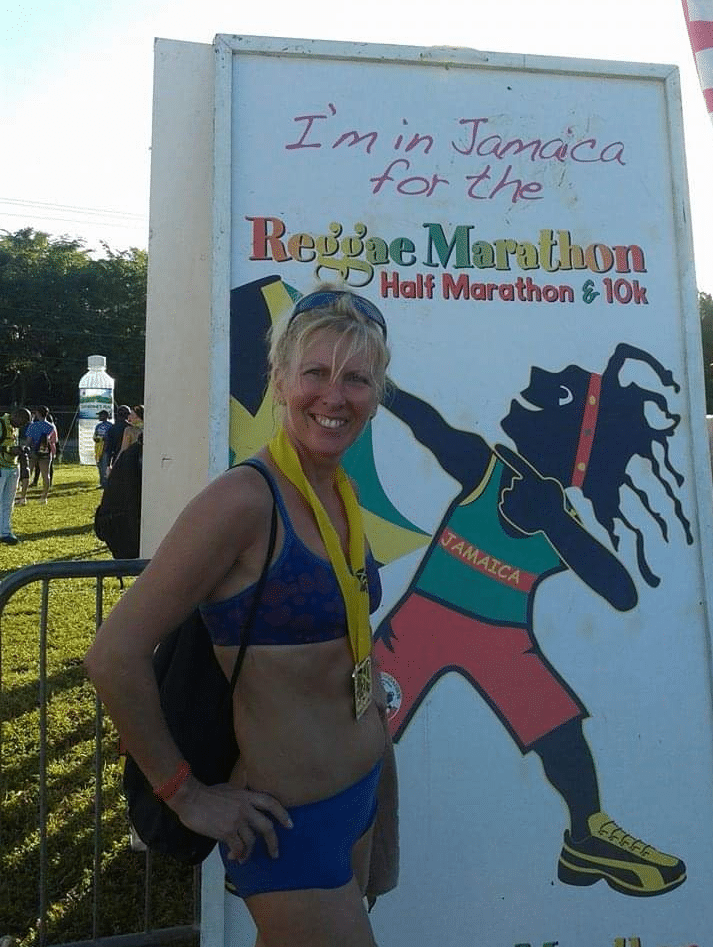 Where are you from?

I am originally from Hawick in Scotland left 42yrs ago and joined the RAF.

How long have you been running?
I’ve been running all my life. I think I had natural talent and always made the relay team at school and trained at local club age 13yrs.

Why did you start running?

Eventually starting winning races in air force and after a terrorist attack in Cyprus when I was 8mths pregnant and received shrapnel injuries to my feel. I had 2 operations and after giving birth, about 3months later started jogging. And army PTI saw me and said I was a natural runner and started coaching me. It’s a long story but went on to compete at elite level and won many races over the years

How did you hear about Reggae Marathon?

I first did Negril half marathon in 2015 won my age group and 3rd overall lady.

I returned in 2018 and ran again not good prep as traveled from UK night before and I think got 2nd in age group.

Are you coming with a group (or are you by yourself)?

I would have loved to do the 10km now as a 61yr old. But live in Spain now and not able to attend at moment.

But have made many friends during these races from Canada and still in touch.

Have told many people about this race and told them. It’s the friendliest race in the world and I have races all over… hopefully I can return one day.

Do You have a Running Mantra?

Reggae Marathon out in the Community 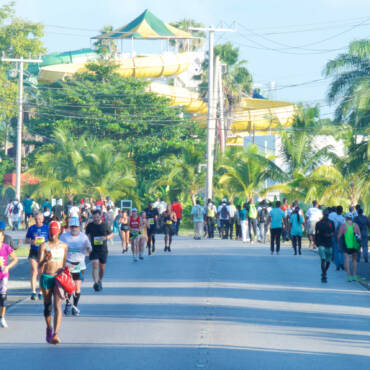 Spring is in the air. Or is it?