When all of us, runners and walkers take to the street in Negril on Saturday, December 4 for the 10th staging of the annual Reggae Marathon, Half Marathon & 10 K, “this will not only be a test of endurance but a show of success.” At the media launch in Kingston yesterday, Jamdammers Running Club president Emile Leiba, noted that “after ten years we can safely say that the Marathon is achieving some of the goals and objectives that we set in 2001”.  Leiba added, “This is a significant anniversary for us because we feel that having made it to this point it is possible to take the event even further.”

Leiba said one of the main aims of the Club, organizers of Reggae Marathon, was to “stage an event that would not only bring visitors to Jamaica but be the best of its kind in the island and the region. Ours was recently acknowledged as one of the top ten marathons in the world so I think we can conclude that we have accomplished that goal.”

As a first-time participant in 2009 and returning again in 2010 with both my wife and one of our son’s (who is running with me this year), we are totally pumped up for the 10thanniversary Reggae Marathon in Negril.   With a record 21 countries represented in 2009 and in excess of 1200 participants expected this year, Leiba is also satisfied that “the word is out” about Reggae Marathon, Negril and Jamaica.

Frano talked about something else…something that as runners we all feel:  “the passion for maintaining a healthy lifestyle through running and the opportunity to share it with all of Jamaica and indeed the entire world is great satisfaction”.  I couldn’t agree more.

By now you have likely seen and visited the new-look Reggae Marathon web site with links to Facebook fan page and Twitter and of course the Reggae Marathon blog.  Please join us online and spread the word! 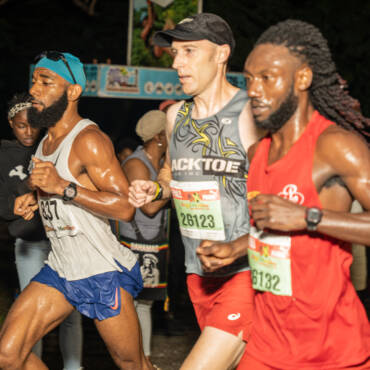 Spring Training in the Winter