“Reggae Marathon…one of the world’s top 10 marathons”!  But we knew that didn’t we.  Emile Leiba, president of the Jamdammers Running Club was thrilled when he heard the announcement:  “It’s a great way to kick off the Reggae Marathon campaign for 2011”.

Fresh from the 10th anniversary celebrations in December, the Jamdammers running Club of Kingston organizers of Reggae Marathon, half Marathon and 10K, were really pumped up that the event was once again recognised as one of the world’s best.

Jamaica was recently mentioned in the weekly newspaper column “Glancing Askance” by Bedford New York writer Mark Wollin as one of the “top 10 places to run a marathon”.  According to Wollin, Reggae Marathon provides the “wow” factor as “the locals line the route with their sound systems, pumping out Bob Marley to help [participants] keep pace.” Also mentioned were other “exotic” destinations such as Easter Island in Chile, the Big Five Marathon in South Africa and the Great Wall Marathon in Tanjin, China.

Reggae Marathon race director Alfred Francis, noted that this recognition was a “great endorsement for the event and for Jamaica”.  Frano continued, “We have always believed that if we can organise a quality marathon in a first class location we can attract the kind of attention to help transform it into a world class event…We are happy that we are on track for achieving that goal and it is very encouraging to be ranked among the best.”

Leiba also invited increased support for the event from Jamaicans, especially government and the private sector. “Reggae Marathon is growing and improving every year. This latest endorsement underscores the tremendous potential for the event to become even bigger and better over the next ten years. This is the perfect time for sponsors and other supporters to get on board since this is not only about a marathon event but also about sports tourism and showcasing Jamaica’s beauty and diversity to the world.”

Plans are already underway for Reggae Marathon 11 which will be held in Negril on Saturday, December 3, 2011.  See you at the start line this December. 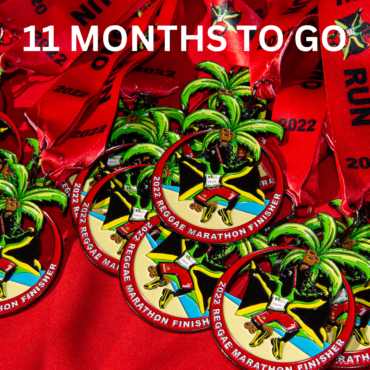